5 books for children that stimulate the imagination bedtime stories

September 22, 2020
5 books for children that stimulate the imagination 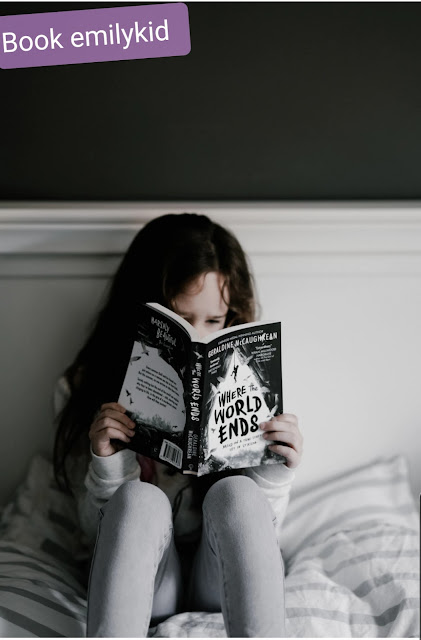 Imagination develops the intellectual life of the child!
Make him an outstanding creative person
An example is the famous distinguished scientist
Physicist Isaac Newton
Imagination develops thought and memory and stimulates thinking, and thus increases the strength of mental capabilities that help in practical life
For example: the ability to understand and solve the problems around us
Secondly: Developing the intellectual and social skills that develop the child's relationships with the surrounding community, for example his friends, including developing and strengthening the child's sound speech!
Here are five interesting children that stimulate their imagination to create and connect realistic events with the future. Read them to your child, children's books that inspire the imagination, link reality with the past, or link reality with the future and stimulate creative thinking!
The mother should always have story material from books to increase the skill of your child and increase his creative thinking space to develop the creative imagination
, And develops social intelligence and all kinds of intelligence

1.Sinbad is the Arab traveler known for his frequent travels and travels to many countries.

A wonderful book that talks about famous people and travelers in ancient times, the famous traveler nicknamed Sinbad, that book begins when Sinbad lies on one of his trips under a tree while traveling at the beginning of the night on one of the trips, and he looks at the sky and draws lines between the stars draws his travel advisor for a few days! And he connects them with continuous lines from one star to another, as if he were using a pen and paper in that
With this, a series of trips for the Arab traveler Sinbad begins, where he arrives to what he wants, after planning and traveling, to reach the area he actually wants to reach!
An interesting and distinct bedtime story, isn't it?
2.
Making and building a house out of cardboard and kids cubes

We were all young children and we played with blocks and designed many things and things like building houses!

And building gardens of all kinds! And they were also used to play cardboard.

We built houses for us

And our homes for our children!

And many, many more, this in itself has grown and stimulated for us this field or talent of imagination!

This is a useful book for children, teaching them the skill of imaginative thinking to launch creativity in the world of art and construction!

It stimulates the imagination and the ultimate thought.

The book motivates the child to learn drawing or perhaps simple geometric shapes such as a circle as in the moon in the sky!

One day, the little girl was trying to play with the girlfriends of her older sisters, but Hemeley N refused to play with a girl four years her junior!

One day, while they were playing the hide-and-seek game, she rolled one against the wall, closed her eyes, and the others began to hide.

They refused to play with them.

So she decided to play alone!

And while she was walking up the valley, up the mountain, with a rather light piece of iron.

She caught her and carried her to the mountain!

As she climbed the mountains, she found small screws like a car tire.

And she installed it for the iron piece.

Until I reached the top of the mountain.

She sat on it and slid to the bottom of the mountain!

Hence the idea of ​​creativity to create the fastest car!

Playing for the child and making him explore the environment is enough to make him a creative designer that stirs and stimulates the imagination!

4.Where is the Cosmic Things in Space Writer Julian Francois.

This is Francois’s book that talks about the child's imagination, when those around him are angry and agitated to plunge into a deep sleep.

In his room at night and on his bed!

He begins to imagine space as flying between the stars, over the moon, and among the planets!

And flying away in midair.

Here he becomes dominant according to his thinking and imagination!

Find the world of entertainment upstairs in space!

Before returning home to eat with his family,

Sarah here was playing on the roof of their house, to apply what she told her classmate in fourth grade of primary school, here Sarah is the heroine of our story for today.

I went up to the top of the house to blow air from this liquid!

They formed bubbles like flying saucers or flying machines and flying away in the high sky.

Here, after she had formed many bubbles, her imagination took her to climb on her and fly high!

Here this girl, with her imagination, created wonderful stories to discover everything new!

Here, let us, dear mother, expect another adventure that you and your child can predict!

What will Sarah do in the rest of her adventure or fairy tale?

July 29, 2020
Children love stories they enjoy hearing, because they teach educational concepts, and because they make them feel entertained, enjoyable and spend the best times, with the stories they go on adventures and they rest with their imagination, according to the story they read. With stories the possibilities are really limitless By reading stories, especially fairy tales, the child can join another world that can solve puzzles, and learn very many worldly matters. The best way to help the child is to explore his emotions and help him express and understand them and know what he needs in his life and learn to solve many of his problems through stories. Seagulls and pond animals fictional children' s stories It was rumored that a seagull was living next to a very large pond with various animals such as crabs, some frogs, species of fish, starfish, and many others.And once the seagull said that it will go for exploratory trips from time to time towards the mountain
6 comments
Read more

Short stories for children The soup (food) of the Three Pigs on a cold, dark night

September 23, 2020
Short stories for children "By Christian Williams" The soup (food) of the Three Pigs on a cold, dark night Short stories children The soup (food) of the Three Pigs on a cold, dark night. By Christian Williams This story is somewhat similar to a children's novel. On a cold winter day, three pigs were released, which are closely related to each other. The story revolves around how the poor live because poverty is need and want. And that the need is a mother The invention! These three little pigs liked to eat The pig is also a clean animal. And he has a strong sense of smell, unlike the sense of hearing, these pigs set out to discover the nature around. " The three pigs remembered their breakfast for that day upon arrival at night and they were hungry! How was the breakfast sumptuous and of all kinds. Breakfast consisted of bad barley planted by farmers, sea turtle eggs and small lambs for sheep, so that was the arrangement of the meal for breakfast for this family of p
4 comments
Read more